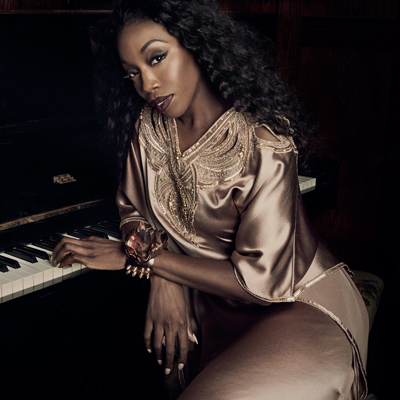 Grammy Award-winning British songstress Estelle’s new album, True Romance, is out now via her own imprint Established 1980 Inc./BMG. The album features the inspirational anthem “Conqueror,” which skyrocketed even further after her special duet version aired during the March 4th episode of FOX’s Empire. The song became the biggest-selling track on iTunes and is currently Top 3 Overall and #1 on the iTunes Hip-Hop/Rap Chart. Performed by Estelle (who guest starred as Delphine, the newest artist to sign with Empire Entertainment) and Jussie Smollett (who plays Jamal), “Conqueror” is the highest-charting song from Empire to date.